With SIREINE, Milene Guermont confronts all the prejudices that agitate the planet against concrete and its walls. And she demonstrates once again that being face-to-face with a concrete wall can be a beginning, a door that opens to other worlds. If her pieces like CRISTAL A, MAREE MATRICE, MDR, MEGA CONCRETO or MINI AGUA are the sensitive reflection of this demonstration, SIREINE, a sculpture of Polysensorial Concrete, remains undoubtedly to this day her most contemplative work. Contemplative, because SIREINE is intended to integrate a collection in perspective with the adventure of the sea. And there, the sculptress-engineer plunges us with our our human condition into a sea that is in some cases as hard as a surface of concrete.
Contemplative, facing the irresistible attraction of the Sirens and their mortal songs. Homer had put this situation to Ulysses. And here, the artist perverts this meeting with concrete songs that the visitor activates simply by caressing this concrete with precious lights. Bas relief in sensitive concrete, SIREINE offers two synaesthetic face-to-face meetings: a first one with its spectator and a second one with our founding myths.
Because SIREINE is an interface. An interface between us and the Mediterranean immensity (a closed sea but one that is open to all that can be imagined). An interface between our body and the water, between the solid and the liquid. Between the sound and the light. And as the most ruthless of interfaces, SIREINE fascinates and rejects.
Because this is where the work of Milene Guermont is: through the interfaces. Convoking for this our different senses before a living concrete, an enriched material, augmented by an effective body against body. As in most of Milène Guermont's works, the close combat between SIREINE and the spectator's body is concrete. SIREINE is not an "image-object" (as is sold to us all day through contemporary media) but an "image-process", in the definition of Gilles Deleuze.
To make concrete more "concrete" as an "image-time" and an "image-movement", such is the art of Milène Guermont. The process of SIREINE confirms this young work as a new way of making sculpture.

SIREINE ("queen" - "mermaid" in French language) is a wall in a wall or rather a new window on the sea.

When you touch one of its two sensitive zones, it sings a sound from the ocean bottom (whirlpools of water, shrimp beds, whistlings of whales, noises of still unknown origin captured by the scientists).

The light and the sound work independently. So, by tripping the switch, optical fibers illuminate in the most total silence. SIREINE is a sculpture made of blue Polysensual Concrete, well installed in front of the Mediterranean with artworks by Arman, Liu Bolin, César, ... Yves Klein, François Morellet, Francesca Pasquali, Giuseppe Penone.
Steps to make a "mermaid" SIREINE 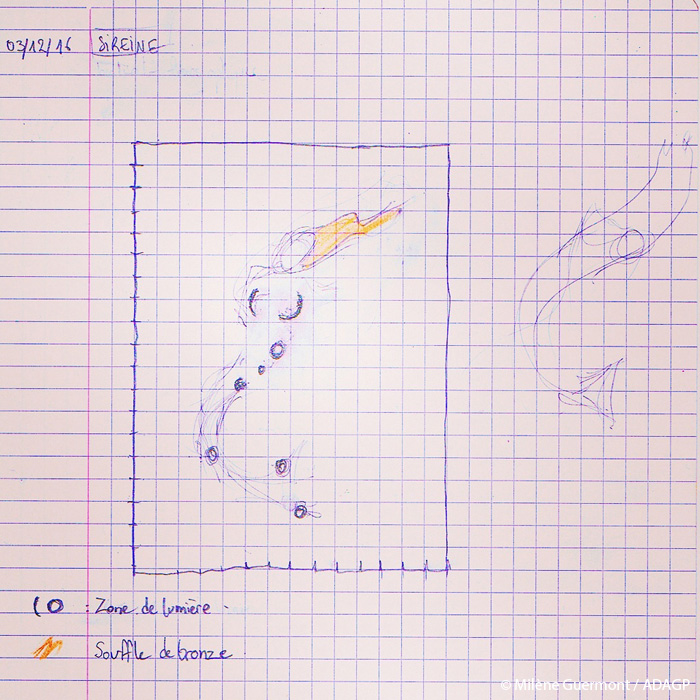 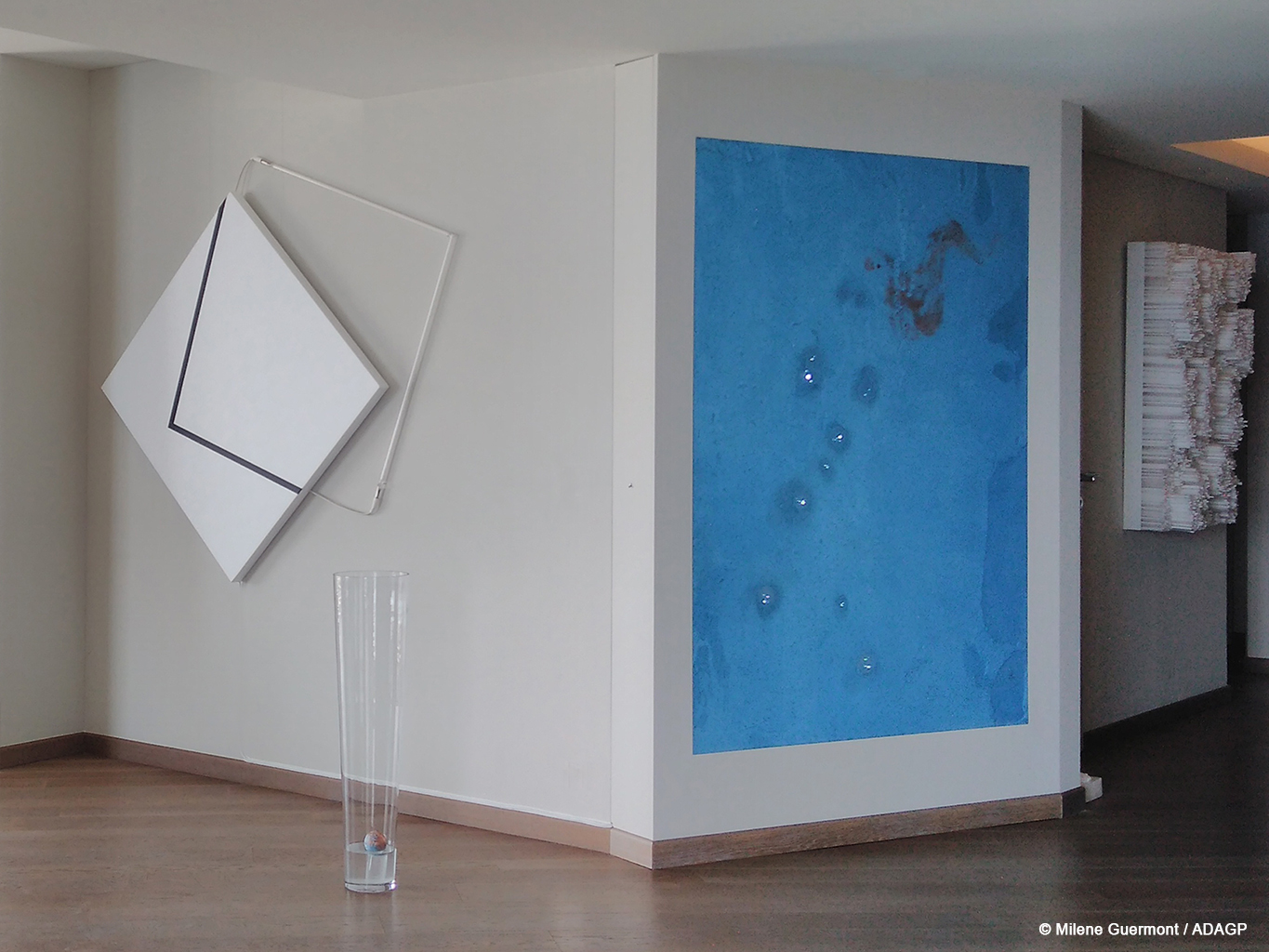 Click on the image above to discover the environment of SIREINE